Spotted by a reader in northern Scotland, a 360 degree telehandler, with platform attachment, set up in the middle of the road.

The incident was spotted last month in Elgin, where it was being used to either clean windows of for other maintenance issues. It was set up in the middle of a busy junction, with no attempt to seriously cone the lift off from pedestrians passing underneath, or to warn traffic of the dangers and risks. No outrigger mats were in use, while the two men in the platform no harnesses or lanyards.


The scene is best reported in the words of our correspondent:

“I came across this scene a month ago up in the north of Scotland. The roto was being used to either clean windows or for maintenance, there were no barriers or traffic/pedestrian management, the operatives in the basket were not wearing harnesses, or any other form of PPE. The roto was set up in the middle of a busy junction, there were no mats down, and they hadn't even attached the outrigger floats.”

“I intervened when I saw the young kids cycle beneath the roto boom, and spoke to the man in charge, who was completely oblivious to the hazards they were creating. Unfortunately I was en route to catch a flight so couldn't stay to ensure they stopped what they were doing, but they seemed to heed my advice when I spoke with them.”

Definitely one for our Death Wish series, and it goes to show that you can make a difference.
Have a safe weekend.

Red
It appears this crew covered all the bases in how NOT to use a telehandler with personnel platform.

Hopefully they took to heart the advice of your correspondent. 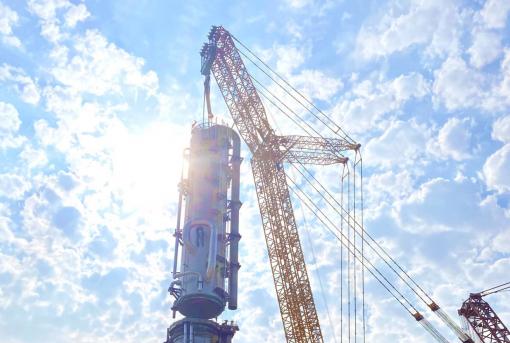 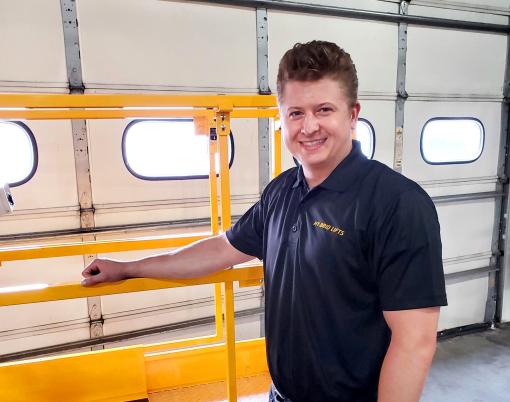 Mammoet has landed its largest contract ever involving a series of lifts totalling 500,000 tonnes for the Arctic LNG 2 project

The latest digital version of Kran & Bühne magazine is now online and available to download.