All News
In order to view all images, please register and log in. This will also allow you to comment on our stories and have the option to receive our email alerts. Click here to register
02.05.2020

The new 5,000 tonne Liebherr HLC 295000 offshore crane has collapsed while on test at Liebherr’s yard in Rostock, Germany earlier today.

The crane had only recently been installed on the offshore installation vessel Orion, which is owned by Cosco (Qidong) Offshore and due to be delivered to Belgian contractor Deme group later this month. Click here to see 5,000 tonne crane nears completion. It was scheduled to begin installing jacket foundations on the Moray East offshore wind farm in Scotland next month.

The crane’s twin boom and jib appears to have flipped over the rear while lifting a test load at the Liebherr yard in Rostock. We are told that the incident was caused by the failure of a wire rope during an overload test, but this has not yet been confirmed. The collapse was captured on video which you can see below.

We have now learnt that it was not a rope that failed, but the hook block - the four leg hook broke free of the neck/shaft. The sudden release of the heavy test load caused the boom to catapult back over the rear of the crane and crumple.
Please register to see all images

The crane's hook block before the test


A brief statement from Deme said that five people suffered minor injuries, two of which were taken to hospital for further evaluation. The statement added: “The crane has suffered significant damage and the vessel will be investigated in the upcoming days and weeks”. We understand that around 120 people were working on the ship at the time.

Eric_L
Seems the 5000T safe working load on that hook was not s safe as they made it seem...

fatjib
Surely the hook was tested by the manufacturer before delivery.

orrabeel
Strange video,where is the start IE load attached to crane ?. It is obvious there was a sudden release but where is the rigging, if the hook was attached to the barge in the picture it should be bobbing about like a cork. No hook no slings no shackles no spreader, nothing.

Old Thom
I wounder if they have that type of quick connection like Huisman built Universal Quick Connector (UQC). That explains why there is no viseble slings connected in the barge, if they make a quick connection direct in the barge construction.
If not, probably the bom went back of own power because of ballasting error, to connect the barge the bom have to be on a short radious, almost strait up, if ship start ballasting for the lift to early or didnt keep the ship in cero angle when they take the bom up, then when it comes it goes fast, no return. Lucky no one was badly hurt, and the hookblock didnt hit the cabin.

VDS
oke, the hook is gone, but where are the slings on the ballast test barge?

Yiannis
it is clear that the boom flipped back due to sudden release of the load and also due to the movement of the vessel which most probably had few thousands tons of ballast water on the opposite side of the lift.
The vessel remained tilted after the accident.
Also the block without the hook block can be seen clearly on the sec6 of the video over the white column that is only the block of the pulleys and the hook is missing.

Graeme Davison
I assume the slings to the test load barge failed, causing the jib to fly back and break it's back over the back mast. Probably not going to be ready for its first job in Scotland now...

Fils
What a disaster considering the current global projects status. I hope Liebherr publishes their findings on the incident. @ugle offshore cranes don't use counterweights in the conventional sense but use the vessel ballasting system.

ugle
What a pity. May I ask why there is no counter weights involved. And the way it collapsed makes me wonder it should have collapsed a other way. Every thing will have to be x rayed every item you couldn’t take the risk.

Graeme Davison
Oh. Not good. Thank goodness nobody was killed there. Going to take some welding to mend that... 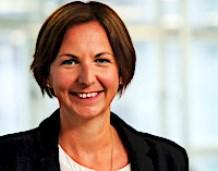