All News
In order to view all images, please register and log in. This will also allow you to comment on our stories and have the option to receive our email alerts. Click here to register
22.12.2008

Two intruders who broke into an industrial site in Melbourne, Australia, were thrown out of the aerial lift they were stealing and have ended up in Hospital.

According to the report from the Victoria Police, three men broke into site of a partially completed industrial building in Keilor Park after removing wire fencing on Sunday morning.

Inside the partially built factory the men located what the police refer to as a boom arm lifter. The machines key was left in the ignition. Two of the men climbed into the boom’s platform, while the third man apparently attempted to manoeuvre the machine out of the building through a roller door.

As the machine was being driven out of the factory the boom dropped suddenly and the two men fell about six metres to the concrete floor.

The two men, both 20 years old, were taken to hospital with head injuries.
The third man was interviewed by police in relation to possible trespass charges.

We are guessing that the two did not use a harness! What we do not know is what type of lift this is, a truck mount? A trailer lift? Or a regular boom?
Did they fall because it was a machine that needed outriggers or was it the drop outside of the door that caused a catapult effect?

Whatever they have ended up with a worst punishment than they would have normally received. Lets just hope that no court allows them to sue the factory for a dangerous machine. 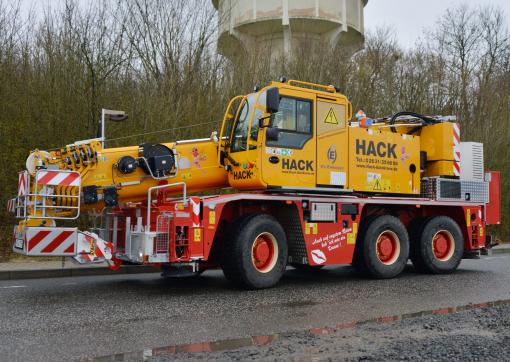