Genie has launched a new ‘Lift Guard’ white noise alarm which will be available as an option on Genie equipment, worldwide. The device provides an alternative to a traditional tonal alarm reducing noise emissions by around 45 percent. The regular tonal alarm will remain for all other alarm situations such as tilt and overload warnings.

The white noise alarm option is available now on slab scissor lifts, Runabout self-propelled mast lifts and AWP push around masts, as well as ANSI specification telehandlers, it will be available on boom lifts and Rough Terrain scissor lifts during the first quarter of next year. Retrofit kits will also be available for many existing models.

The new alarm works in exactly the same way as the standard alarm sounding when the aerial work platform travels, lifts or lowers. However, instead of making the usual beeping sound, the white noise alarm makes more of a "whooshing sound", a noise that is easy on the ear especially for those close to the machine, but still provides a distinctive warning, but it dissipates quicker than a tonal alarm for those further away.

Product manager Bryan Williams said: “On busy jobsites, personnel can become desensitised to competing warning alarms coming from a variety of equipment. However, because the White Noise Alarm makes a sound that is directional and not penetrating, it is more obvious from where the sound is coming. As a result, it is audible only to people who are near the equipment and serves as an immediate reminder to watch out.”

The idea of quieter more bearable motion alarms has been around for more than 30 years. Back then the focus was on smart alarms that adjusted their volume depending on the background or ambient noise. But very few were installed, they were either very expensive or unreliable. Fact is no one would pay extra for the feature, especially in North America. Not everyone bought into the benefits of quieter machines, although quieter machines were appreciated, just not enough to persuade those paying the bill. The preferred solution for an obnoxious alarm was to simply snip the wires and silence it.

That has all changed, in addition to the growing pressure to reduce emissions there is now a strong movement against excessive noise. Savvy companies have also discovered that a quieter job site is a without question calmer and safer. And the idea of sabotaging a safety feature - even when possible - is no longer tolerated.

This new alarm sounds very interesting and ought to do well, but it will need a few champions to adopt it and have end users experience the benefits.

The emergency warning alarms, do need to be obnoxious of course.

For those of you interested in this subject, the following aging video from Brigade electronics provides some interesting and informative background – although it is nothing like the new alarm from Genie. Be warned it is commercial, too long, dated and a tad corny, but still informative and well researched and relevant.

They abound
Interesting. I am sure that's not widely appreciated.

Eric_L
@They abound:
The issue is that you can't just replace the standard buzzer with a white noise unit, as the standard one usually has several tasks, not just movement alert.

They abound
OEM alarms must have damaged countless people's hearing over the years, including my own, as well as roaring engines causing hidden chaos. Does this mean the ineffective ones fitted by the hire companies over the years were not legally sound? 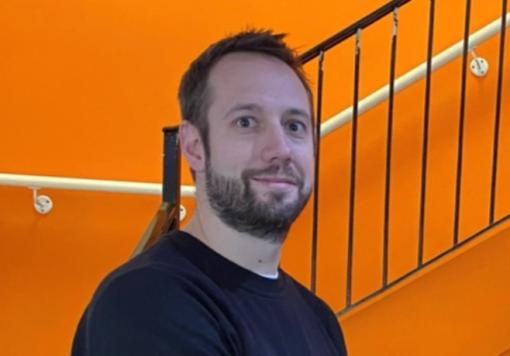