The Magdeburg based company has run two Demag City cranes – an AC 30 and two Demag AC 40 - for a number of years and on the basis of their long term performance decided to add a new Demag AC 45 City.

The AC 45 City has a 31.2 metre main boom which can telescope with up to 19.7 tonnes, while a 7.1 to 13 metre offsettable extension takes the maximum on board tip height to over 45 metres. The crane’s IC-1 Plus control system also monitors the actual outrigger set up and slew position to calculate a specific load chart for that precise position.


Owner managers Uwe Podlech and Jens Napierala collected the crane together with operator Karsten Eberhardt from the Demag plant in Zweibrücken. Podlech said: “We have always been tremendously happy with the performance of our three Demag cranes, so deciding on the new AC 45 City was not particularly hard We will be using the AC 45 City primarily to install and remove prefabricated concrete elements such as stairs, as well as to install elevators. When it’s not possible to remove the roof in these cases, the ability to telescope under load is absolutely indispensable, and is another reason why the only choice as far as we were concerned was the AC 45 City.”
(\(L-R\)Ulrich Wagner of Tadano Demag hands the new crane over to Karsten Eberhardt,
Uwe Podlech and Jens Napierala of Breithaupt & Philipp).

Mr Beithaupt and Mr Philipp set up the company that bears their name in 1945 to
salvage and recover safes and strongboxes from bank and office buildings destroyed in the war. It remained as an independent company all the way through the years behind the iron curtain and has continued to flourish following German reunification. The current owners took full ownership of the business in 2014. The company runs a fleet of cranes from 30 to 250 tonnes, along with a transport fleet from five locations throughout East Germany, including Berlin. 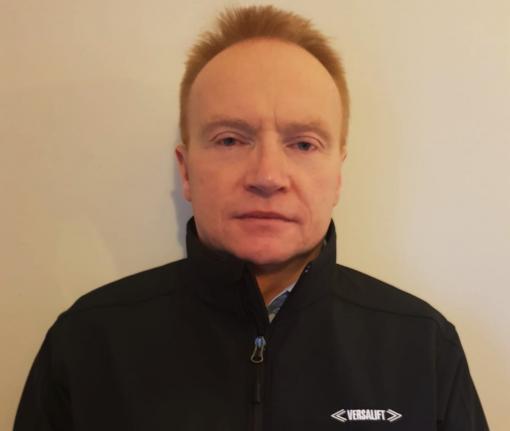 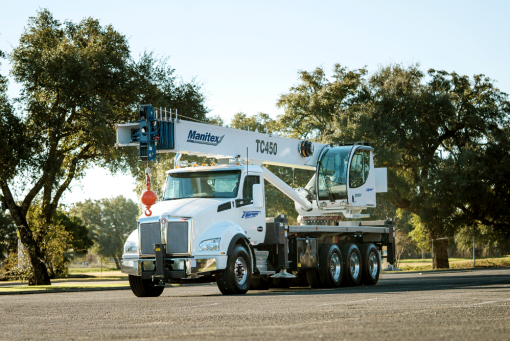