The new six axle crane is the largest crane in the company’s fleet, taking it into the heavy crane market. It boasts a seven section 78 metre main boom topped by a 12.5 to 21 metre bi-fold swingaway extension with up to 40 degrees of offset and which can be extended to 35 metres. The company has also ordered the 70 metre luffing jib and Variobase out rigger set up system.

Sönke Jordt will primarily use the new crane to erect and dismantle tower cranes and assemble prefabricated concrete buildings. The LTM 1300-6.2 is the first crane the company has owned with a full luffing jib.

Managing directors Sönke and Tim Jordt, their families along with the crane's operator Thomas Kudicke took part in the official hand over of the new crane at their facility in Ratekau, Schleswig-Holstein in North Germany.

Sönke Jordt added: “We are steadily growing family run company, so we decided to take the next step and offer our customers an even greater range of services. The LTM 1300-6.2 now marks our entry into the large crane class. It has a powerful, 78 metre boom and a luffing jib which is easy to erect.”


Fleet and workshop manager Mats Jordt said: “The simple handling of the cranes and their high level of safety, for example with the VarioBase variable support base, are just some of the main reasons that we buy from Liebherr, while good after sales service is another important feature.”


Sönke Jordt was founded in 1994 and offers crane rental, heavy haulage and industrial installation services. Its fleet includes 16 mobile cranes with lifting capacities from 30 to 300 tonnes. 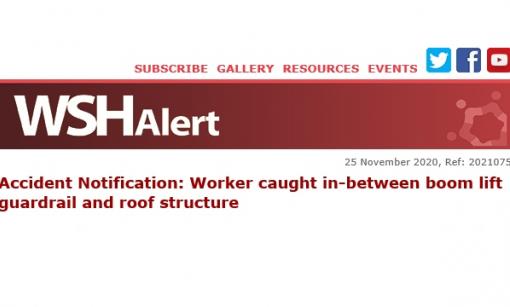 We have received the sad news that Genie founder Bud Bushnell has died, having passed away on 14th of November, at the age of 99

A man was injured when the ground beneath a telescopic crawler crane opened up and almost swallowed it on a site in Toronto, Canada on Monday