Having launched all-electric versions of all of its boom and scissor lift range, Dingli has started introducing models which eliminate the hydraulic systems all together, with the unveiling of five new micro scissor and mast type lifts, which join the recently launched OPT0507 all electric stock picking platform.

Offering working heights of between five and eight metres, the five new models are:

And finally, the 16ft JCPT0807PA mast type lift which weighs just 990kg and offers a working height of 6.7 metres with a capacity of 200kg.

Dingli said: “Recently, with the world's first Oil-Free and all-electric AWP series, Dingli has officially entered the era of ‘No Hydraulic Oil’! The first batch of these six models is being mass produced.”

“The series use electric actuators for lifting, lowering and steering instead of traditional hydraulic oil cylinders, the advantages include lower energy consumption, safer, higher levels of water and dust resistance, built-in position sensors and real time data monitoring of the full stroke.”

“A more comfortable, full stroke proportional control eliminates the jitter and abrupt feeling caused by self-gravity lowering of the hydraulic system, providing a better experience. In addition, the new models are more environmentally friendly, with lower noise levels than with a hydraulic system.”

It seems that the move to zero hydraulic machines is gathering pace, with several new models announced in the past year or so, including JLG’s 19ft DaVinci AE1932. The concept of screw actuators to raise a scissor stack, dates back to UpRight’s first flying Carpets in the early 1970s which featured hydraulically driven screw lift mechanisms which failed dreadfully in the field and were quickly replaced with hydraulic cylinders. Then in 1996 a small group in Pennsylvania launched the all-electric Zefer Lift scissor lift range - totally free of hydraulics which they patented - which used electric drive and electric screw actuators. Some were sold but the market was not ready for it.

The secret of success comes down to price, reliability and ruggedness of the electric screw type actuators. The technology does appear to have reached a ‘state of the art’ phase, at least for smaller electric scissor and vertical mast lifts. However larger scissor and booms may be some time off yet although Spanish manufacturer Mecaplus is testing an articulated boom lift with electric lift cylinders See: All-electric self-levelling boom.

With more companies now offering machines with electric lift cylinders we can expect the cost and refinement of the components for the application to improve rapidly over the next year or two. How rapidly the industry as a whole makes the change will depend on how that process pans out. 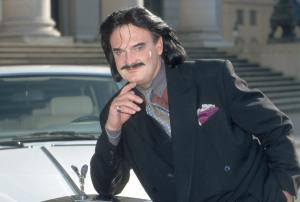 hairy
Overall, Chinese manufacturers are in similar situation like Koreans were 20-years ago. Still behind, but catching up quickly. At the time they can meet the quality of the western competitors, their prices will be very much equal. 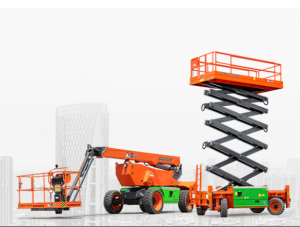 DEREK Q
Thanks for your support, as a member of Dingli, I am proud of the company's hard work and achievements on the road of R&D and innovation. Dingli has four R&D bases, including the Italian R&D Center, the German R&D Center, the Chinese based research institute, and the Chinese Enterprise Technology Center. The cost of R&D of products and the hardships paid by employees are unimaginable, but we will never slack off, for the Chinese manufacturing of aerial work platforms with better quality and reputation.

YouLiftMeUp
I’d rather hold off until they’re tried and tested in the field before setting foot in one.

Different points of view..
@Eric_L, sorry for the misunderstanding.

Eric_L
@Hhmmmm, I think that you have misunderstood. I know what it takes to design, test and build a machine. I know the time and resources needed. There is a good reason that most manufacturers only bring out a few new models a year. It's a huge cost, huge drain on resource. Dingli have launched, this year alone, a glass handling Boom head, Some Ultra size electric slab scissors, then some ultra size RT scissors, then a micro scissor, then the all electric stock picker, then this complete range of all electric machines. In under 4 months! That is tens, of not hundreds of thousands of man hours. I'm not saying it wasn't done, or questioning their quality, I'm saying that is an amazing, hard to fathom level of investment & resource. All in a market where profit margins are very tight.

mega
Innovation is to be welcomed in my opinion. Moves to Hybrid, Lithium, now bio fuels as well as genuine design innovation is what the industry should embrace. When the very first machines came out I bet many thought they would never be this successful. Bravo i say, other manufacturers should be pushing these same design envelopes. And the Rental Companies should be costing at a fair price to reflect the market and the rising costs!!!!

Different points of view..
And @Eric_L, how do you know how long they have spent designing and testing these machines? They could have been working on them for years for all we know.

Eric_L
I'm continually shocked by the speed that these Chinese manufacturers are bringing new machines to the market. I just don't know how it's possible to design and test machines at this speed.