Cargotec as a whole, which also includes MacGregor, saw revenues decline 10 percent to €2.39 billion, with a pre-tax profit of 29.9 million, 78 percent down on the same period in 2019.

Cargotec chief executive Mika Vehviläinen said: “Even in an exceptional operating environment, Cargotec's strategic direction has proved to be the right one and yet again we managed to make a reasonable result despite the pandemic situation. Visibility was still weak at the beginning of the third quarter but the recovery in the market environment that started after April eventually continued throughout the third quarter.”

“Our delivery capability returned back to normal during the quarter, and the same goes for our supply chain. On the other hand, the data collected from our connected equipment tells us that the activity levels of our customers have been rising closer to last year’s levels. In addition, for example Drewry's statistics on the number of containers handled in ports show that the reduction has so far proved to be less dramatic than what the forecasts predicted.”

“Following the strengthened confidence along the quarter, Cargotec's board of directors decided in August on the second instalment of the dividend to be paid in accordance with the original proposal. In mid September, as visibility improved, we also gave a financial outlook for the third quarter.”

“In accordance with our guidance, orders received increased compared to the second quarter, although decreasing by 14 percent from the third quarter 2019. Demand for Kalmar's mobile equipment and Hiab's solutions recovered in particular from the decline caused by the coronavirus pandemic. Regarding larger automation orders, uncertainty and pandemic restrictions still slowed down the customer decision making, and the situation in the offshore oil and gas as well as merchant ship markets remain challenging. However, MacGregor received a significant order during the quarter to supply a mission-critical system in an offshore wind foundation installation vessel. This is the largest single vessel contract secured by MacGregor.”

“Our focus on product development and sustainability continues. Our research and development investments as well as sales of our eco-efficiency portfolio increased in the first nine months 2020.”

“On 1 October, we announced the plan to combine Cargotec and Konecranes through a merger. The merger is subject to the obtaining of merger control approvals, among other items.”

All said and done this a reasonably encouraging set of numbers from Hiab and Kalmar, still well down on last year, but the underlying number are clearly improving towards year end. Cargotec has of course agreed a merger with Konecranes which is interesting to say the least, it will have a minimal impact on Hiab, but will be significant for the Kalmar business.
(See: Cargotec and Konecranes to merge) 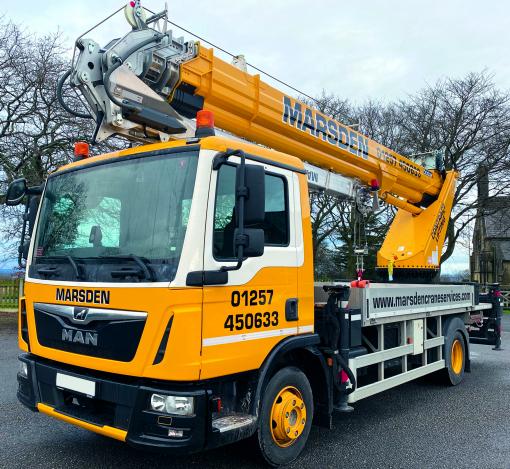