A man was killed yesterday in Cascade Township, Grand Rapids, Michigan while helping install the tracks on a telescopic crawler crane.

The man, David Heintz, 64, was struck and trapped by the crane after it overturned while lifting its tracks into place. His co-workers managed to free him from under the crane but failed to revive him. As to the cause, it looks as though it was either related to the jacking set up, or the operator managing to lift the tracks at too great a radius, causing an overload.

Paramedics also tried to revive him but failed and he was declared dead at the scene. The Michigan Occupational Safety and Health Administration (OSHA) was called to investigate the cause of the incident.

The following video is a local news clip from the scene: 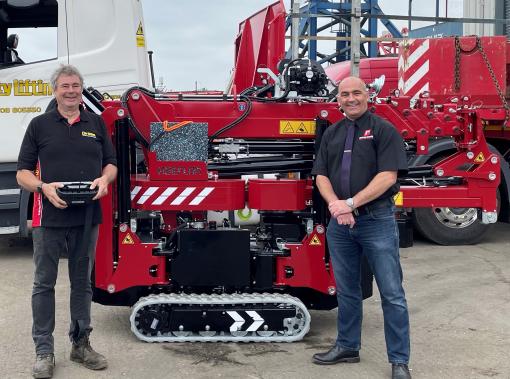