A 230 tonne LTM 1230-5.1 All Terrain crane has already arrived, with a second to due to follow after making an appearance on the Liebherr stand at Vertikal Days next month. The cranes feature an eight section 75 metre main boom plus an 11.5 to 20 metre bi-fold swingaway extension that can offset by up to 40 degrees. Features include Liebherr’s VarioBallast and VarioBase Plus systems, its ECOmode and ECOdrive systems as well as remote controls, a winch and a camera system on the boom tip.

The company has also received a 130 tonne LTM 1130-5.1 and two 60 tonne LTM 1060-3.1 cranes, with a further four scheduled for delivery over the coming months. All nine cranes will feature the latest Stage V engines.

King Lifting crane general manager Dean Austin, said: “We are delighted to take delivery of our new cranes, especially the LTM 1230-5.1 with its market leading capacity class features such as VarioBase Plus. This further investment demonstrates King Lifting’s commitment to reducing carbon footprint whilst also supporting our valued clients by offering the most technically advanced cranes in the market, with the latest working-at-height safety features.”

whothistime
You knew the wages before you started . All flash no cash . When it goes quiet at home on £20 . 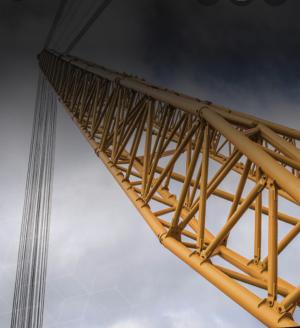 Nothing to heavy
Legendary payers

US rental company Herc has reported significant bounce back in terms of profitability.