The superstructure of a truck crane broke free from the crane chassis during a road recovery lift in Brazil earlier this month with the entire incident caught on video.

The crane, a three or four axle Sany, had just started to lift the fuel tanker trailer which had run off the road and slipped into a muddy ditch. The crane was lifting on retracted base boom, but this did not provide a sufficient radius for the lift, so the hoist line was not vertical above the load. If the tanker was full of fuel it would have been extremely heavy on its own, but add in the possible mud suction and the extra radius and it seems obvious that the lift was at the very limits of this crane’s capacity, at best.

As it started to take the load the slew ring bolts appear to fail and the superstructure parts company with the chassis. We understand that the operator was hurt but did not suffer life changing injuries, although we have not been able to confirm this. It could have been so much worse given the number of people standing around the load area.

Clearly little to no planning went into this, and there could not have been a competent supervisor on site or they would have simply stopped this lift before it occurred. It is also possible of course that a lack of maintenance was involved in regard to the slew bolts and their torque. All the haste was totally counterproductive creating a far more complex clean up and substantially longer road closure.

Tmayes
Made in China what did they expect?
Anybody stupid enough to buy cranes or any type of plant get what they deserve. 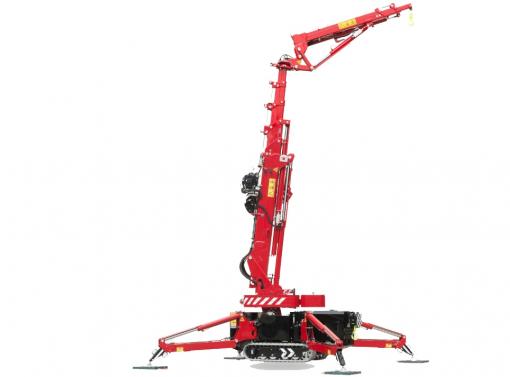