A crane travelling with raised boom crashed into a bridge in Germany yesterday seriously injuring the driver.

The incident occurred on the A-143 autobahn/ highway near Halle in eastern Germany, when the crane, a 35 tonne Liebherr LTF-1035-3.1 from the Wittrock fleet, was we presume working in the outside lane, when the driver went to reposition the crane without lower the boom and forgetting that it was up crashed into the bridge lifting the chassis cab up into the bridge, trapping and injuring him.

The emergency services eventually freed the man, 52, and transported him to hospital with what they described as “severe injuries”. The highway was closed in both directions for some time while to large recovery trucks attempted to extract the crane from the bridge. 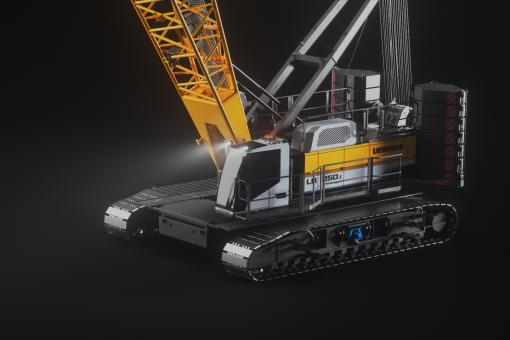 Pink scissors for good cause