McCrae originally joined Clements as a hire manager in 2013 but left at the start of 2017 to join the Wilson Access division of AFI, moving to Nationwide Platforms later that year. For the last 10 months has worked as sales manage with midlands based Platform Hire having joined Clements in March.

Speaking of his new role with Clements, he said: “I have learnt a significant amount whilst I have been away and am delighted to return home to Clements and seeing investment in equipment such as the new truck just helps to provide confidence that we are a quality company with integrity.”

The company has also just taken delivery of a new 32 tonne Volvo FM420 truck with Sterling Plant Body. This is switch from its previous standardisation on DAF chassis with King Plant Bodies.

Managing director Adrian Hutchinson said: “We have a strict policy of replacing our trucks every five-years and we went to the market to see what was available. Volvo was very accommodating and extremely hungry for the business and have provided us with a very competitively priced full five year repair and maintenance contract, which ring fences our monthly costs making budgeting and cash flow management cleaner.”

“Additionally it is a major departure for us to move away from our 100 percent King body fleet as both myself and chairman Jim Longstaff are former King employees, so it was a tough decision to make, but having visited the Sterling factory I was extremely impressed in the superior quality of the product and it became clear that they have produced a design with the user in mind and a number of issues seen in competitive products have been eradicated.”

“The order was placed in 2019 before the impact upon the whole economy caused by the Coronavirus, but despite this we committed to the order and are very pleased with the end result” added Longstaff. “We continued to trade throughout the lockdown with a skeleton staff from the start of April and have slowly increased the team and will continue to do so in the coming weeks. Naturally, we are below where we planned to be, but finished our financial year, to the end of April, ahead of budget both for top and bottom line, which, given the circumstances is extremely pleasing and we plan to take advantage of whatever opportunities arise in the coming months.”

Olliewar
Well done Jason. Its like your back home again and full circle. The wagons nearly as handsome as you :-)

Z60pc
Congratulations Jason, Good luck for the future, I'm sure you will smash it! Nice truck too. 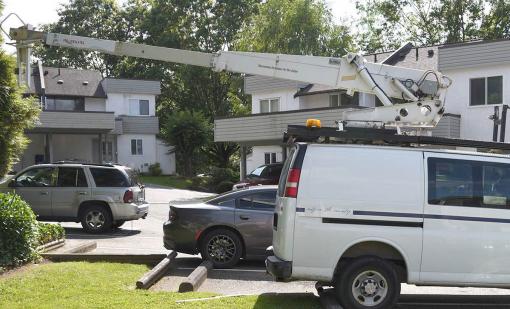