Two construction workers died yesterday when strong winds took out a tower crane in Krakow, Poland, while two others were injured.
One of the deceased was working on the roof of a building, while the other was on the ground. One of them was declared dead at the scene while the other died later from his injuries.
The crane - a regular hammer head model with a height of around 30 metres - was working on a five story building and was out of service at the time due to the storm. It seemed to go over sideways while another crane alongside 'weather vaned' the entire event caught on video.


A statement from the developer, the Murapol Group said: "On February 17, on the construction site being developed by the Murapol Group in Krakow, the tower crane overturned as a result of a violent gust of wind and accompanying sudden weather phenomena.
All cranes at Murapol sites across Poland were taken out of service and put into their safe out of service wind mode. Therefore, there was no operator in the cabin of the machine. Unfortunately, four people working for a sub-contractor were injured, one fatally. The Murapol Group makes every effort and will provide the emergency services and safety authorities with the necessary information to explain the causes of the situation. At the same time, we express our deep sympathy for the family of the person who died as a result of this unfortunate accident."

Eric_L
I see Mike is back !
To say that this incident was foreseeable, you are a special person.

Construction_Influencer
3 cranes down on this weekend! This crane in Poland, one in Germany and another crane in Belgium. All of them from the manufacturer Potain. Two of them cracket directly at the tower boom. Is it also an unfortunate accident?

Thank you for your Press Release last week following the Fatal Tower Crane collapse in Krakow, Poland on Thursday 17 February 2022.

As your Press Release ended with the words UNFORTUNATE ACCIDENT it follows that someone should reply on behalf of the dead. Therefore as I personally have researched and recorded 1106 Crane Incidents which has already Killed 610 Men and Women worldwide since Monday 7 May 2007.
It is my submission to you that Worker Safety is important, very important and therefore much too important to leave it to chance.

1. Your company's Fatal Tower Crane collapse in Krakow was Tower Crane Incident number 221 in my 14yr Database of 1106 Crane and Lifting Incidents.

2. Wind and Expressly Gusts of Wind was a significant causal factor in 110 yes 110 of these Tower Crane incidents worldwide with many fatalities as a result.

3. The second Tower Crane on your site did not collapse in this storm. So what was the root cause of the Fatal Tower Crane Collapse in Krakow on 17th Feb 2022.

Finally and in closing, an Accident is only an Accident if it is Accidental, that is a not foreseeable incident such as Lightning. However if the incident itself is Foreseeable like a Big Storm with High Winds then the resulting fatality is not accidental because it was foreseeable. The fact that you did not intend this Double Fatality to occur does not make this an Accident.

So this weasel word should now be consigned to the dustbin (Trash) of history because 4 x Crane Incidents in 4 x days last week is not acceptable and if the Crane Industry continues like this, then you and your colleagues will not get Employers Liability Insurance at any price.

Please investigate this incident from A to Z and publish your Final Report on this excellent website. So that the Crane Industry Worldwide can learn from it please ? 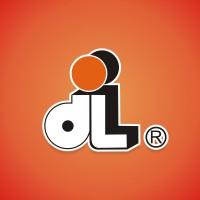 Salvatore
Safe working is everything!