Higher revenues and losses for Mills

Total revenues for the nine months to the end of September of R242.7 million ($57.8 million) an increase of 60 percent, mostly due to the incorporation of Solaris in May, without that the improvement would have been five percent. Pre-Tax losses were R14.9 million ($2.76 million) compared to a loss of R10.3 million ($2.5 million) last year, due to higher depreciation and other costs as well as restructuring charges associated with the Solaris merger.
In the third quarter revenues totalled R107.3 million ($25.6 million) double that of the same quarter last year, pre-tax losses increased steeply from R1.57 million ($375,000) last year to R11.5 million ($2.7 million) this year. Rental fleet utilisation was roughly one percent down on last year at 47.7 percent.

The company statement said: “Regarding the Solaris integration process, in the third quarter we unified four more branches, totalling six out of 17 branches planned to be unified by the end of 2020. Additionally, as already reported in the second quarter, we integrated 100 percent of the teams and business processes, our people and management, environment, health and safety area and others, continuing in the adequacy phase of processes, infrastructure, systems and in the construction of a new organizational culture, aiming at maximising synergy capture.”

“Despite these non-recurring activities and the slow recovery of the Brazilian economy, the accumulated results of 2019 are already showing improvement. In these nine months of the year, we reached a combined adjusted EBITDA 12 percent higher than the recorded by the companies for the full year 2018.

“In the Rental business unit, net combined rental revenue in 3Q19 grew 15 percent over the second quarter of this year, positively impacted by the adequacy of business strategies and the evolution of our internal business processes. Leased volume increased, ending September with a 50 percent utilisation rate. Rental's adjusted EBITDA margin in 3Q19, which we highlight as the first quarter in which we fully consolidated Solaris results, reached 40 percent.”

This is not the first time an access rental company has expanded to a totally unsustainable level at an unsustainable pace and then nose-dived having completely overshot the underlying market. There are usually two possible outcomes in such circumstances. 1. The company continues to sort out the mess it created, while new or more recent entrants overtake, sometimes picking up the dregs of the fallen company for a pittance.
Or 2. The company finalises its downsizing, sorts itself out and having pruned back to a firm foundation goes on to become a profitable and well run market leader.

Which way Mills goes, it is probably too soon to tell – but looks like 50/50 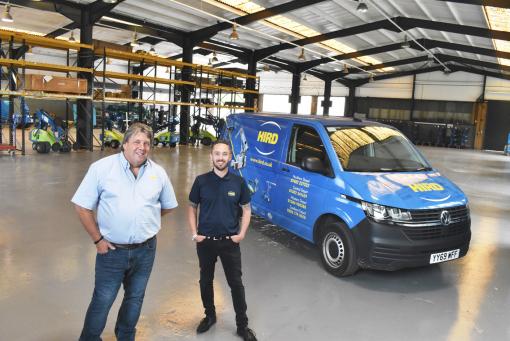