Potain has added to its MDT range with the introduction of the MDT 569 flat top tower crane to its Topless range.

The MDT 569 has maximum capacities of between 20 and 32 tonnes and a maximum jib length of 80 metres with a jib tip capacity of up to 4.2 tonnes. Maximum hoist speed is 195 metres a minute and incorporates the company’s latest technology including its CCS control system. The crane can be used with the manufacturer’s new eight metre cross shaped base, which is said to be easier to assemble compared to previous bases, while its modular design allows for easier erection and more efficient transport. Shipments of the new crane should begin in late summer.

“Our focus is to bring to the market a robust crane in a compact design, offering multiple transportation options without compromising performance. In addition, the MDT 569 can be fully assembled and erected in only two days, with time-saving features such as fast jib and counter-jib connections, and an automatic tensioning and slackening system for the trolley rope.”

Duncan Howard, a previous owner of Platform Sales & Hire, has left Speedy Hire two and half years after it acquired the business.

US telehandler manufacturer Pettibone has appointed Super Equipment as a distributor in Canada. 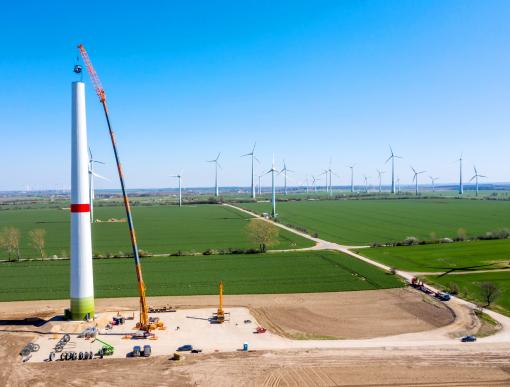