As the Christmas period looms near, we start receiving examples of people around the world risking life and limb in order to install outdoor Christmas lights and decorations.

The first example we have received is of two men installing lights from a six metre narrow tower - possibly in Germany - using system façade scaffold components. However, the tower is not quite tall enough, so one of the men has to stand on the guardrail to reach. To make matter worse, no stabilisers have been used, the platform frames are missing middle sections and the bracing is minimal. Quite how they managed to climb the tower and why there would need to be a small step ladder up there is quite the mystery!

In the second image we received, a man has fashioned himself a sling harness of sorts and been lifted by a crane in order to sort the Christmas decorations.

The final image is of two men installing decorations to a row of utility poles in what looks to be a residential street in the US. While the use of a boom lift is at least the safest form of access of the three so far, points are lost by standing on the guardrails, working so close to power lines, zero road/pedestrian management, and not wearing a harness. Actually, the one on the rails had the sense to wear a harness - but just not to attach it.

As we head into December the number of serious work at height incidents tends to rise, as people take more risks in order to meet tight deadlines. So with that in mind, please be extra vigilant when working a height.

Sherm
Three photo captures, well photographed, but don’t you wonder if common sense was trashed to put these chaps at great risk? 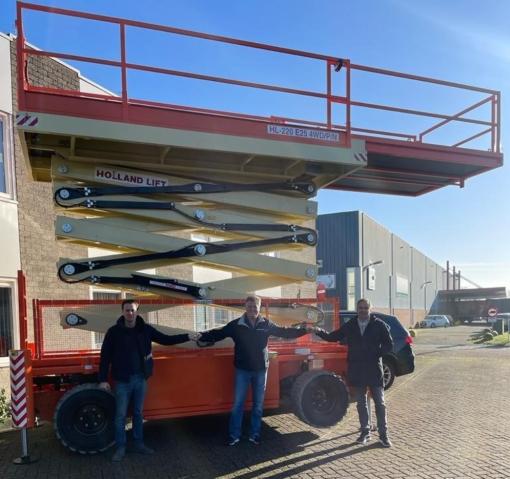 Eight hours on a single charge