UK crane and access sales and rental company Hird has closed its West Midlands depot last Thursday with remaining staff laid off.
The 2,000 square metre facility was opened in August 2020 and was the regional centre for Hird’s industrial training services as well as a base for sales of its pick & carry and spider cranes, glass handling equipment and aerial lifts.
The depot was initially run by Alan Peck but for the past 18 months Amy Cresswell has managed the operation.

Hird’s managing director Phil Hird said: “The Covid mandatory lock down and subsequent restrictions were factors, but the main issue was the inability to recruit suitably qualified, reliable staff from the area. We had some cracking plans but without the people we were falling at the first hurdle. Everyone is advertising for qualified engineers or operators, but they are so few and far between now. It is a real shame, but every industry seems to be suffering.”

A full statement from Phil Hird is published below:
Unfortunately, as of Thursday 21st July we decided to close the depot and relocate all the equipment elsewhere within the group. This has led to a small number of staff been made redundant.
The depot was a new venture for us and had suffered from the mandatory lockdown in 2020 as were due to open, plus the ongoing restrictions that followed from Covid-19, but we still built a business from the ground up and I thank the people who were with us during this period.
The major issue for us in that territory has always been recruitment. We have searched to recruit qualified staff continuously but the increase to the cost of living and high wages expected by some we spoke to became unrealistic. This had led to us having to utilise many staff from other parts of the country to service the depot whilst we tried to recruit and train more within that area. After many months of this and the departure of some employees we decided it was time to close the business and move on with our other plans.
We still have our Eco-investing programme running and have taken a large amount of new hybrid and pure electric access units recently like the S60 - FE from Genie and intend to continue to do so. As you can see from the 15 years or so that myself and my team have run the company we have gone from strength to strength, and we will continue to do so. We already have plans for growth within other areas of the business and will be focusing towards in the coming months.

Based in Hull, Hird operates from locations in Doncaster, Hull and Redhill, Surrey and is the distributor for Valla pick & carry cranes, Oil & Steel platforms and Winlet glazing robots in the UK and Ireland as well as running a fleet of aerial lifts, glass handling equipment, pick & carry and spider cranes as well as a training services division. The company had revenues of more than £13 million with pre-tax profits of almost £1.8 million in the year to March 2021.

Peckers50
This is a sad story to read.
A lot of effort was put in by certain individuals to get this depot trading in very difficult times.
I hope all the remaining staff that have been made redundant find full time employment very soon.

Sherm
It is a shame Hird had to close this operation. Companies in the US are having similar difficulties because of the lack of employable workers and demands of those eligible to work for higher pay. The economic squeeze is multi-faceted. 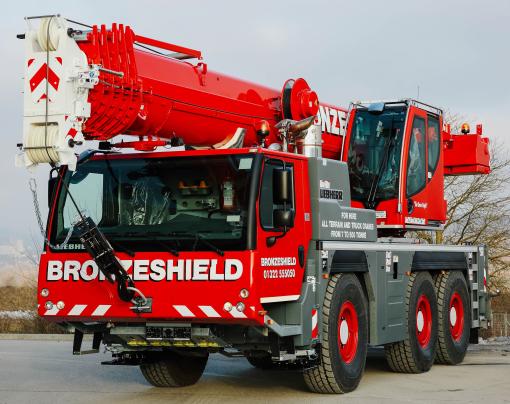