All News
In order to view all images, please register and log in. This will also allow you to comment on our stories and have the option to receive our email alerts. Click here to register
19.02.2021

UK spider crane rental company AMC has expanded its sales team with four new appointments, the most senior being Bryn Sutton, who joins as sales director.

Sutton was previously managing director of Pegasus Textiles having joined the business after a long career with London Linens where he was sales, service & marketing director. Speaking of his new appointment, he said: “I have respected AMC for some time and its reputation in the sector. Having worked in a number of high profile positions over the years, I am looking forward to sharing my knowledge with the team, as well as working closely with Mark Davenport in order to drive the business forward on a national scale.”
Please register to see all images


The company, which operates from depots in Greater London and Liverpool, has also appointed Jonathan Williams as sales manager at the Liverpool depot in Knowsley, where he will work with Colin Scruton, head of sales north, and sales account manager Kelly McPhilbin.

Williams joins the company after more than two years as area sales manager with Atlantic Fork Lifts, having joined the company in 2018 from Nixon Hire. He began his career in 1989 as a used equipment manager with forklift and material handling company Jungheinrich, leaving for Samuk lift trucks almost 16 years later. After a year with Knightsbridge Mechanical, he was appointed sales and hire manager for aerial lifts, telehandler crane and forklift rental company Rent A Lift, leaving in 2017 to join forklift sales and service company Radnes Services, before moving to Nixon Hire in 2018.
Please register to see all images


In the south, AMC has appointed James Standing as head of sales - south, based at the company's Heathrow location. He joins AMC after a year and half with Emerson Crane Hire in London where he was business development manager, prior to which he held a similar role with Speedy Hire having joined its fit out operation in 2017. Standing began his sales career in 2011 with Unite, a student accommodation provider, leaving for insurance broker Insure4you in 2012 and then JS Consultancy a couple of years later. His first taste of the equipment rental market came in 2014 when he joined HSS as a key account manager covering Gatwick and Stanstead airports. He moved to Speedy in 2017 after a short spell with Procom Site Services.

He will be supported at the London depot by Fahim Karim who joins the business as a sales manager from Saniflo, where he was specification sales manager - south. He also has sales experience across a wide range of products and businesses, including furniture, bespoke flooring and was a project sales manager with Granada, a specialist glazing supplier for new build and refurbishment projects, where he worked with architects, developers and contractors.
Please register to see all images


AMC owner and chief executive Mark Davenport said: "Our primary aim for 2021 is to cement our reputation as one of the leading providers in the sector, and the addition of four experienced members to our team will help us go from strength to strength as we strive to grow new business over the next 12 months, as well as supporting our long standing and loyal client base.”

The company has also launched a charity campaign to help raise money for R Charity which supports the Royal Liverpool and Broadgreen University hospitals. Donations can be made to its ‘LiftingTheLove’ campaign JustGiving page.
Please register to see all images

AMC has launched a charity campaign for local hospitals 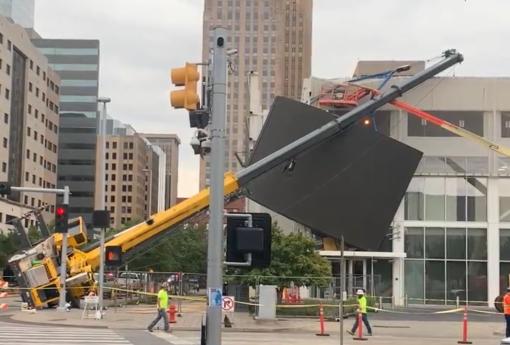